This post by podcast guest Mark Blakemore, originally featured on Bases Loaded in 2014.

Occasionally a pitcher comes along who dominates through intimidation. Their propensity to throw heat together with movement and the ability to rack up strikeouts at a rapid rate leads them to the top echelons of the game and to gain the reputation as a pitcher to be feared. For a batter this is not just the fear of a guy who can throw a hard missile towards you at 95 mph but also that the same pitcher can make you look really stupid and doubt your credibility as a major league hitter. Perhaps the best example of such a dominating pitcher in recent times was Randy Johnson, aka ‘The Big Unit’.

To me Johnson just looked plain mean. Prior to delivering each pitch he had a trademark style of hiding most of his face behind his glove save for two beady, focussed eyes staring at the batter. Those eyes just looked so intimidating, almost hating the batter and daring him to have the audacity to hit the call, assuming they could catch up with it. He reminded me of the actor Lee van Cleef who starred in the famous film ‘The Good, the Bad and the Ugly’ – van Cleef had a long drooping moustache and the same soulless stare from his eyes. In the film van Cleef plays a gunslinger shooting down all those who got in his single minded pursuit – the same with Johnson but substitute a baseball for a bullet. 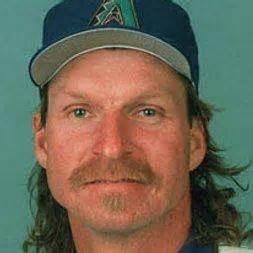 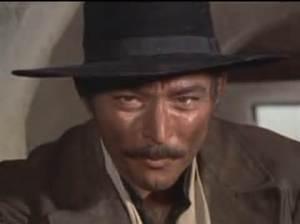 Johnson was in his prime with the Diamondbacks which is particularly apt. A diamondback is a mean critter of a snake, quick of movement and with deadly poison. Cue the Big Unit. Standing 6 foot 10, with each pitch he took a massive stride towards home plate before releasing that wicked left arm whipping through quickly to deliver poison to his target. He was particularly severe against left handed hitters and it was a common occurrence for many opposing managers, knowing that they would be facing Johnson that night, to take the opportunity of giving their star lefty hitter the night off and a well deserved break. Chances are they would probably go 0 for 4 anyway.

Not unsurprisingly Johnson played basketball at high school but baseball was his prime focus. Throughout high school and early in his career he had control issues but this didn’t prevent him from throwing a perfect game in his final high school outing. He had the chance to sign with the Braves at that stage but elected to go to USC instead playing alongside Mark McGwire. Despite those control issues he was drafted, surprisingly high some felt, in the 2nd round by the Expos in 1985. 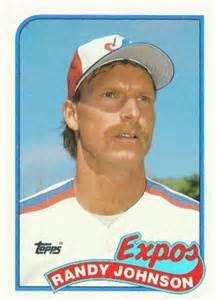 Indeed it was those control issues that in some ways contributed to his reputation as a feared pitcher. In addition to that intimidating appearance I referred to above he was often excitable on the mound, often ending innings with fist pumps as he returned to the dugout. Align all that to batters and Johnson himself often not knowing where the pitch was going to end up and you can see why batters may be worried. Indeed from 1990 to 1992 he led the league in walks issued and also in hit batters in 1992 and 1993.

During 1986 and 1987 Johnson progressed in the minors leading the league in strikeouts but the control issues wouldn’t go away. Indeed it wasn’t just control over the baseball but over his own emotions that concerned the Expos. Johnson got easily rattled by fielding errors or other things that didn’t go his way. Indeed in 1988 he was about to get called up to the bigs when he got a hit by a come backer that injured his pitching hand. Thinking it may be a career threatening injury he was so angry that he punched a bat rack in the trainers room with his other hand. The x-rays on his pitching hand whilst the punch to the bat rack broke his right hand giving the Expos genuine concerns as to his maturity.

Johnson did make his MLB debut with the Expos later that season starting 4 games and winning 3 of them. Most elected him to be in the rotation in the following season but instead he was traded to the Mariners early in the season as the Expos looked to add some veterans to what they anticipated would be a pennant winning season.

And it was at the Mariners where it all started to click for the Unit. In 1990 he threw a no hitter against the Tigers but his first 3 seasons were inconsistent – he racked up 39 wins with an ERA of between 3.5 and 4 each year but led the league in walks each year. This changed especially after getting some sage advice from another flamethrower, Nolan Ryan who noticed that Johnson often landed on the heel of his foot after delivering a pitch and this caused him to land offline from home plate. Ryan suggested he land on his ball of his foot and thereafter Johnson was able to find the strike zone on a far more consistent basis. The benefit of this approach were magnified in a game in September 1992 when Johnson struck out 18 batters in 8 innings in a game against the Rangers. The opposing pitcher? Nolan Ryan.

The following season he went 19-8 with an ERA of 3.24 and 308 strikeouts, the first of six 300+ strikeout seasons. In 1995 he went 18-2 with an ERA of 2.48 picking up his first Cy Young award and in the ALDS of that season against the Yankees made a 3 inning relief performance in game 5 on one days rest giving up just a solitary hit whilst striking out 6 to earn the win and the adoration of the Seattle crowd. 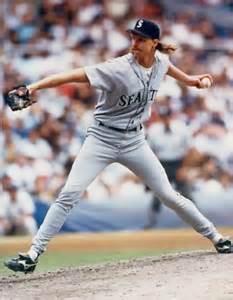 Between May 1994 and October 1997 he went 53-9 including one streak of 16-0 and two 19 strikeout starts in 1997. With his contract expiring in 1998 and the Mariners out of contention Johnson was traded to the Astros in return for three minor leaguers. Whilst he was only at the Astros for half a season he was sensational going 10-1 with an ERA of 1.28 with 116 strikeouts.

As a free agent at the end of the season he joined the Diamondbacks on a four year deal and it was to prove to be a great move for both parties. Johnson was at his zenith winning four consecutive Cy Young awards from 1999 to 2002 racking up 81 wins with ERA’s between 2.32 and 2.64, racking up four consecutive 300+ strikeout seasons in the process. He was partnered by Curt Schilling atop the Diamondbacks rotation in probably the best one – two punch that a pitching staff has out together in many years. The Diamondbacks reached the World Series in 2001 and beat the Yankees over 7 games thanks to a lucky blooper (my blog – sue me) from Luis Gonzalez. Johnson was fantastic winning 3 games including a relief win in Game 7.

In 2002 he won the pitching triple crown leading the league in wins (24), ERA (2.32) and strikeouts (334) in winning his fourth consecutive Cy Young award. Whilst in 2003 he ent much of the season on the DL he bounced back the following year winning 16 games, over 31% of the Diamondbacks winning total that year, the highest percentage by any pitcher since Steve Carlton won 27 of the Phillies 59 games in 1972. In May he pitched a perfect game against the Braves becoming the oldest pitcher (at 40) to do so striking out 13 in the process. 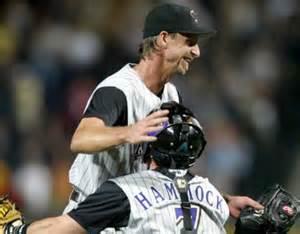 George Steinbrenner never made any secret of his admiration for Johnson and in 2005 he finally got his man as the Yankees traded three players and cash for him. It’s fair to say that Johnson was not at his best whilst at the Yankees and he was certainly more inconsistent. That said he still won 34 games over two seasons posting ERA’s of 3.79 and 5.00 as he battled with injuries and his performances in the playoffs over those two seasons were patchy. In 2007 he rejoined the Diamondbacks where he stayed for two seasons before finally rounding his career off aged 45 with one season at the Giants where he picked up his 300th win.

Over the course of his 22 season career he accomplished the following:

A strikeout rate of 10.6 per 9 inning pitched, the best all time

Led the league in strikeouts 9 times

Over many seasons the Unit was probably the most feared pitcher in the game. A fastball that could touch 100mph coupled with a wicked slider (that he himself called ‘Mr Snappy’) are a wicked combination particularly against left handed bats. His whip like motion generated tremendous leverage and speed and whilst his fastball created fear amongst opposing hitters it was often the slider that was his out pitch. Adam Dunn, a left hander, named Johnson in his prime as the best pitcher he faced saying “It’s like a hopeless feeling. You face him and you feel like he’s going to hit you in the back of the neck when he throws it – and then it ends up down and away for a strike”.

The Big Unit was a first ballot entry alongside another dominant pitcher of the era, Pedro Martinez. We were privileged to see both but, for me at least, the sight of Randy Johnson in his prime mowing down hitter after hitter with that fearsome fastball-slider combo, coupled with his longevity and that amazing strikeout total puts him at the top of the 2014 class. 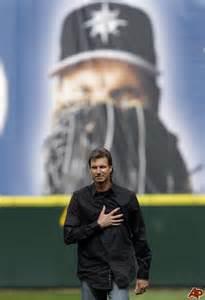